MizMedi Women’s Hospital leads infertility treatment and safe childbirth! A 47-year-old woman succeeds in IVF and gives birth to her test-tube baby : the oldest IVF mother with her own egg.

The largest parturition hospital in the western part of Seoul : 71,659 babies born for 21 years in a safe labor system
The infertility treatment technology of Korea has a global reputation.
The test-tube baby technology in Korea has developed mainly in a specialized hospital in obstetrics and gynecology rather than in university hospitals. One of them is the Seongsam Medical Foundation MizMedi Women’s Hospital.

​
MizMedi Women’s Hospital got ranked 1st in Artificial Insemination and In Vitro Fertilization at the assessment of infertility treatment medical institutions.
It has also been certified as a specialized hospital for obstetrics and gynecology for 4 years and as a general hospital for 3 years in a row so that the high level of patient safety and excellent medical service was objectively recognized.

​
Recently, MizMedi has had a great success that a 47-year-old mother safely conceived an in vitro baby using her own egg and gave birth in a good condition.
This is the oldest woman who succeeded in IVF with her own ova and even gave birth,  ever since the opening of MizMedi Women’s Hospital in Gangseo-gu.

​
Medically, the age is a critical factor in the success of IVF and pregnancy as the fertility rate drops after 35, and it is hard for a woman after 40 to be pregnant.
Around the world not only in Korea, there are few cases in which a woman over 46 has succeeded in pregnancy with her own ova and giving birth safely, unless the eggs are cryopreserved at a young age or donated..

​
Especially a culture system is very important, given that the older a woman is, the more easily eggs and embryos can be damaged,
The iDream Center of MizMedi Women’s Hospital has been equipped with a reliable culture system with 30 years of experience since the time of Yeongdong First Hospital.
In addition, a single embryo culture system with its individual monitoring system enables real-time observation and analysis of embryos.
Through cell activation equipment, the best environment for embryo development is created similar to the body where actual pregnancy happens. Many skilled researchers are committed to screening, fertilizing and cultivating with their best efforts.

​
The Department of Urology at MizMedi Women’s Hospital diagnoses and treats structural diseases and dysfunctions, not only checks male fertility.
Male fertility research over 30 years and male infertility surgeries over 3,500 undoubtedly contributed to this feat. 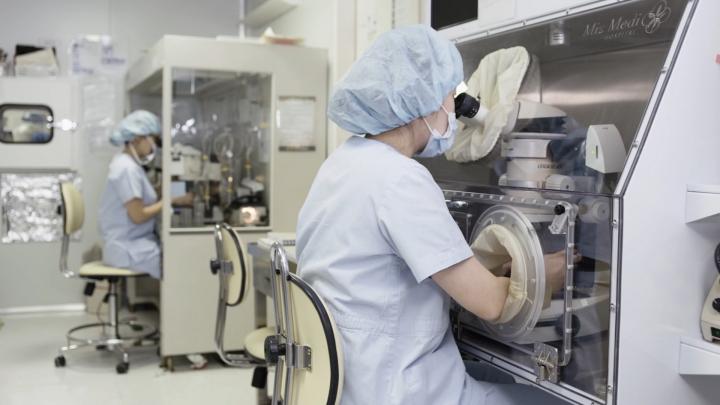 ​
In 1997, MizMedi Women’s Hospital opened the first testicular tissue cryopreservation bank in Korea and began the study of the infertility genes of male patients.
In 2002, for the first time in Korea, they published a study on microsurgical testicular tissue sperm collection surgery in patients with non-obstructive aspermatism.
In 2010, they received an academic award from the Korean Society for Reproductive Medicine for the research on sperm DNA damage.
In 2017, they were awarded the Korean Urology Association's Excellent Presentation Award for a paper on the high sperm collection rate through micro-multi-surgery for non-obstructive aspermia patients.

​
MizMedi Women’s Hospital is the largest delivery hospital in the western part of Seoul.
71,659 babies were born from its opening on February 1, 2000 to December 31, 2020,
MizMedi Women’s Hospital analyzed the age and complication rates of 13,144 mothers who delivered over the past five years from 2016 to 2020, and found that the rate of mothers aged over 35 increased and the rate of pregnancy complications increased by about three times.

​
The rate of complications from pregnancy including hypertensive disorders, pregnancy addiction, diabetes, placenta previa, placental premature detachment, fetal abnormalities and malformations, and preterm birth was 22.3% in 2016, but increased by about 3 times (2.7 times) over 5 years to 60.9% in 2020.

​
By age group, 35.4% of under 35,  41.5% between 35 and 39 and 51.9% of over 40, were found to have a higher rate of pregnancy complications
The pregnancy of those over 35 is on the rise, and elderly mothers are more likely to have various underlying diseases including diabetes and high blood pressure.
In particular, this situation is expected to be worse as marriages and pregnancy are delayed, considering infectious diseases and economic factors caused by COVID-19.

​
However, even though they get pregnant at old age, mothers can deliver a healthy child safely as long as they take good care of their health, counsel with a specialist before and during pregnancy, and take appropriate treatments.
​

MizMedi Women’s Hospital helps mothers and babies to have birth safely in a healthy condition through the SAFE BIRTH campaign to suit the new birth environment different from the past.
Complications that may occur during pregnancy are well managed through collaboration with all medical departments and COVID-19 tests have been conducted on all hospitalized patients to prevent infection.
In order to prepare for any emergency, the delivery room, recovery room, and operating room are located in a straight line to shorten the line of movement..
With the obstetrics and gynecology, anesthesia and pain medicine on standby around the clock 365 days a year, they can respond quickly to emergency delivery, c-section, and painless procedures that may occur at any time.

​
MizMedi Women’s Hospital of the Seongsam Medical Foundation is growing with the local community and devoted to serving as a specialized hospital with a safe delivery system in obstetrics and gynecology in difficulty of super-low birth rate.
They are making various efforts to be dedicated to the founding philosophies: patients’ satisfaction, employees’ contentment, and contribution to the society.
They donated 4000 sanitary pads to Gangseo-gu Office and youth shelters to practice sharing and coexisting with neighbors in need due to COVID-19.
Through the Gangseo Hanultari Project, they signed a medical support agreement for youth in crisis so that youth in local communities can live a healthy life. Recently they donated KF94 masks and utensils to nursing homes and care centers.

​
Through other social activities including ‘$1 Love Group’, various social contributions have been carried out and they support families with a single parent or no parents in Gangseo-gu.
MizMedi Women’s Hospital shares warm hearts by sponsoring infertile families and premature babies in need with the proceeds from art exhibitions and iDream gallery.