With more data and experience accumulated in the future, it is expected to be of great help in treatment. 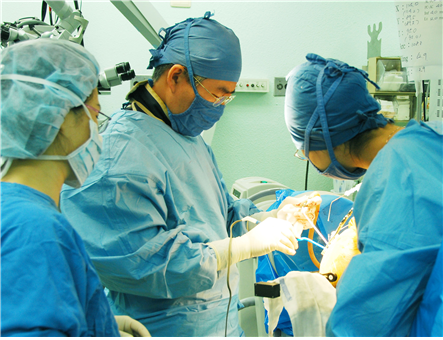 Parkinson's disease occurs when dopamine neurons located in the midbrain are lost about 70% compared to those of normal people without specific cause. It is the most common senile degenerative brain disease next to Alzheimer's disease, and about 2 out of 100 people over 65 are observed.

Tremors, stiffness, postural anxiety, and walking disorders are symptoms of Parkinson's disease. A typical treatment to suppress the onset of symptoms is brain stimulation.

It regulates neural circuits by inserting electrodes into abnormal areas of the brain and stimulating them. It is critical to find the correct and appropriate target.

In the operating room, a surgeon punctures patient's skull, places microelectrodes in the brain region determined using MRI, and measures the electrical signals generated from the brain by gradually moving the position.

Meanwhile, the surgeon analyzes the recorded electrical signal and inserts the actual stimulation electrode in the position where the effect is expected to be the best. 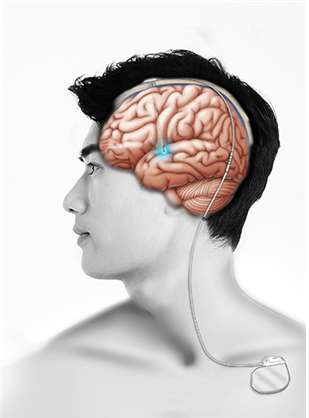 After that, the team has sorted patient's condition after the actual surgery based on the level of improvement and compared them with the artificial intelligence prediction. Brain stimulation is performed on both sides of the brain, considering that the effects of each electrode on the left and right side will be different, and the amount to the left and right is applied differently using multiple structures within the artificial intelligence algorithm.

The ratio of 5:1 and 6:1 showed the highest prediction accuracy, reaching a maximum of 80.21%. The research team reported that it showed similarity to the functional structure of the actual basal ganglia of the cranial nerve.

Prof. Sunha Paik (Dept. of Neurosurgery) said, "It will be a new paradigm for finding the optimal target when we perform brain stimulation in Parkinson's disease."

Prof. Heechan Kim (Dept. of Biomedical Engineering) revealed the significance of the research as ‘a new attempt, applying deep learning techniques to predict the prognosis of brain stimulation transplantation,’ and forecasted, "More clinical decision support systems using artificial intelligence techniques will be developed in the future."

​
This research, which first attempted to predict surgical outcomes using artificial intelligence for microelectrode measurement signals, was published in the latest issue of the international journal 'PLOS ONE'.