An analysis of side effects of anticonvulsant drugs for epilepsy in children, using a common data model 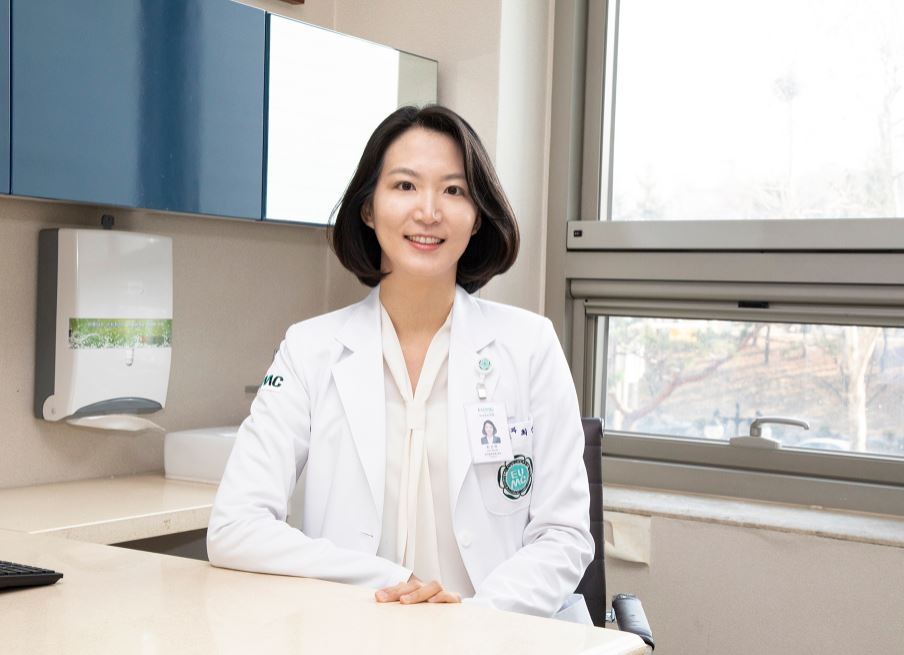 (Picture) ▲ Professor Sunah Choi, Department of Pediatrics, Ewha Womans University Mokdong Hospital
Professor Sunah Choi of the Department of Pediatrics, Ewha Womans University Mokdong Hospital has recently received the Best Paper Award from the Korean Academy of Pediatric Neurology in 2021.
Professor Choi was awarded for her paper 'Analysis of Anticonvulsant Side Effects Using a Common Data Model'. This paper, in which Professor Choi participated as the first author, was published in the official journal (Epilepsia) of the International League Against Epilepsy (ILAE) and recognized as the world's first study to analyze the side effects of anticonvulsants using a common data model.
Professor Choi analyzed the frequency of side effects in children with epilepsy, who take anticonvulsants, with a research team from Seoul National University Bundang Hospital. Since anticonvulsants to prevent epilepsy are prescribed for at least 2 years, monitoring for its side effects is important. However, it is difficult to monitor a large number of patients as most of the side effects are assessed through clinical trials or post-marketing investigations.
This paper has applied a 'common data model’ that standardizes data structure and terminology to study side effects including leukopenia, thrombocytopenia, hyponatremia, thyroid dysfunction, and liver dysfunction that may occur while taking anticonvulsant drugs.
Professor Choi said, "Applying a common data model, we were able to more efficiently monitor and analyze the side effects in patients taking anticonvulsants."
It is expected that medical big data analysis including side effects and medication treatment response will be actively performed in various medical fields through many research centers using a common data model.
Seizure control and side-effect monitoring are critical when medication is administered to children with epilepsy
Epilepsy is a disease in which seizures with sudden loss of consciousness or tremors are repeated due to abnormal electrical signals from cranial nerves.
It is estimated that there are about 200,000 epilepsy patients in Korea. In the case of epilepsy that begins in childhood or adolescence, the prognosis is often good, but if seizures persist repeatedly, drug (anticonvulsant) treatment is required.
In the case of drug treatment, about 70-80% of patients can see the positive effect to control seizure, and sustain their daily life. However, the medication treatment takes about 2-3 years, and parents of children patients are concerned about the side effects.
Professor Choi said, "When epilepsy is well treated with medication, its seizure can be controlled up to 80% and safely treated while the side effects are monitored. It is important for parents and doctors to communicate with each other to treat child patients so that they can dream about their future and grow well even though they suffer from epilepsy.”
Share